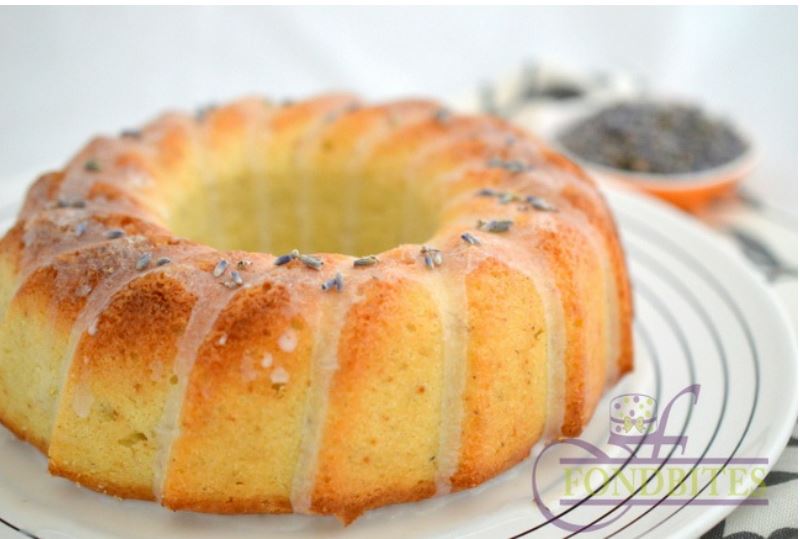 Lavender has always been fascinating me right from my childhood atleast for the colour and then when I realized it has a distinct flavour, it followed me to baking. Just as a matter of fact, I could only settle down to this logo probably because there is purple in it

To bake a lavender cake was my dream for more than year and as we dont get lavender seeds easily in India, I had to wait for my brother to make his yearly visit to India. I have cut down on my baking supplies list from the US, but am sticking to buying vanilla bean paste and this time some lavender seeds too.

Now though I have the most accomplished moment of my life of having seen the lavender seeds and ofcource having baked with it as well. One day probably it would be nice if I could see a fresh lavender plant and its seeds

I decided not to mix up flavours and to distinctly feel the aroma of lavender as is. And nothing like just grinding off the seeds and so there are not any strong points as well. To enrich the whole thing, why not some almond meal. This felt just so right to me, until there is time to experiment, this time it is Lavender Almond Cake

And for all the fascination I have for cakes. Yes am still a kid at it, though we have learnt quite a bit of fancy stuffs in the baking world, my heart goes back to cakes , that is what aids me figure out if things are right or not. I feel I can test myself out on a cake, not on a cookie or a brownie , I mean it might not be true with everyone. Or its just a shell I have

And for the texture and flavour – Super soft, airy, rich, buttery, moist – Definitely all of this go by the word to one single bite of this and to every other bite there on. The almond never sounds strong, it just adds to the richness and the subtle, yet strong flavour of lavender – or I can’t find the right word to call how lavender feels in the bite. Being a baker, we should have definitely tried and tasted it atleast once. There might be several other reasons to make and feel myself complete, but today I feel so complete as a baker for having accomplished my dream of one year. And nothing like sharing the happiness with you all <3

Time for the recipe isn’t it ?

1. Butter and sprinkle sugar on a bundt/ring pan. You can use a regular round or a square cake tin as well. Pre-heat oven to 170 degree C.

3. Process on medium for few seconds until all 3 have powdered well. Do not process for long.

4. Sift together flour, baking powder and salt. Keep aside.

5. Add vinegar to freshcream in a bowl and keep aside.

6. Add butter into the bowl of your electric beater.

7. Beat on medium speed for 2 minutes until butter becomes soft and fluffy.

9. Beat on high speed for 5 to 7 minutes until the mixture has become creamy, pale and fluffy.

10. Add the almond lavender mixture and beat just until combined on medium speed for about a minute.

11. Add the eggs one at a time beating for about a minute after the addition of each egg.

12. Add vanilla extract and beat for a minute until everything is combined together.

13. Add half of the flour mixture and beat on low speed just until it is combined. Do not over beat.

14. Add the cream mixture and again beat on low speed just until the cream has combined. Do not over beat.

15. Add the remaining portion of flour and beat just until combined. Do not over beat. Scrape down the sides of the bowl.

16. Pour batter into the prepared pan and tap to release any air bubbles.

17. Bake in pre-heated oven at 170 degree C for 40 to 50 minutes, until the top is risen, soft to the touch and a tooth pick inserted into the center comes out clean. Cool on wire rack.

18. For the glaze: Boil lavender seeds with water for 5 minutes on low flame. Switch off and close with lid until the flavour seeps.

19. Filter the lavender seeds and add the flavoured water to icing sugar and make glaze. Adjust icing sugar or some hot water for proper pouring consistency.

20. Pour glaze over the cake and let it set for half an hour.

I wanted to say, gasping are 2 kinds. One we knew before we landed up into baking. It happens most often times when we are stressed out, feel something is not right. The other one, which imitates gasping more closely on the physical gesture, but with a completely opposite inner state!! Have you ever felt so ?

I m sure this doesnt make any sense to the whole post, but I have been taking deep breaths throughout the process of making this cake, trying to inhale as much possible of lavender. Then actually I realized, it is not just lavender, it is baking that it is, and I recollected my last gasping I did it stressfully but I dont remember it in the recent past atleast after I started baking. How cool is that ?

Forget if the above gasping makes not much sense, but it relates to those like me, found out baking as a stress buster, brought us out of something that we called a vacuum and made a person who we are today. It does really makes sense of contentment and relief and a lot of meaning for our own self. Don’t you agree ?

This has been baked for Fondbites, Bake Along, a group of enthusiastic bakers, bake one recipe every week along with me. To join the group, send a join request in the facebook group and I will add you to the group. 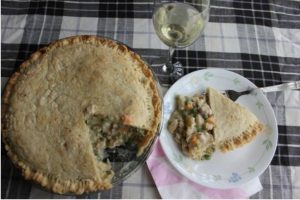 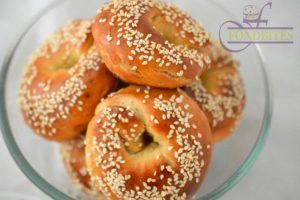